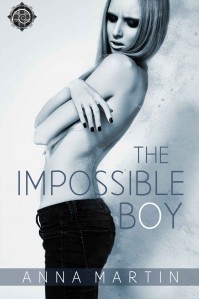 I really wish I could give this book a higher rating. I was captured by the blurb and what it promised this story could be. There are too few books out there which feature gender fluidity, so I was looking forward to this one. Unfortunately I didn't enjoy this as much as I had hoped. There are several reasons why it didn't work for me.

I felt I only got to know Ben and Stan on the surface. There was little going deeper than that. Everything was described, they met, they talked, they exchanged phone numbers, they went on dates, started dating, had sex, moved in together, and hung out with Ben's friends in the band. There was little about how it all made them feel. It's all so straight forward, nothing challenging the progress of the story. I felt I didn't get to know them, what made them tick, what made them fall in love with each other and so on. I didn't feel them. It made for a uninteresting read, unfortunately. Ben and Stan's first time having sex felt so bland. I didn't have much emotional connection to them, since I hadn't been privy to their thoughts. I felt I was on the outside looking in, and only reading about them having sex for the first time, but didn't feel them having it. I really missed that connection.

"With his hair already partly dry, there was no point in trying to make it smooth and straight. With some moouse and scrunching and his hairdryer on a low heat, he teased rough curls from the unruly strands and let the hairstyle lead the rest of his outfit choices. Slightly mussed was a look he could do. He mentally picked out tight black jeans, high-top sneakers, and a loose, low-cut tank top, because it was going to be a warm day, he could tell already. A smoky eyeshadow and sketchy kohl liner, a quick slick of mascara, all on top of his usual base (..)"

I felt like I was getting styling advise, instead of getting to know Stan as a person. I really wanted to know how he felt about all this. I loved the fact that he dressed differently, like a boy, or a girl, or a mix, but I missed Stan's inner dialogue thoughts behind all the descriptions. Stan was an interesting character, and had so much potential to be explored, but I never got to know what was going on inside his head, only what he looked like on the outside.

There's also emphasis on different brands of makeup, clothes, shoes, bags and such. Maybe fashion and makeup says a lot about a person, but I don't speak fashion and makeup, so I sometimes felt stupid for not knowing what the big deal was. I felt like my obliviousness was kinda shoved in my face.

I have no idea what's big about Chloé. It's a bag brand I recon? Is it an exclusive and expensive design? Why didn't anyone need to know? Why was it important for Stan to point this out? I'm not interest in brands (as you can tell), so descriptions like that made me feel left out. Why couldn't the brand have been subtly written in to the sentence, like  "he rummaged in his Chloé bag, which he had made a great deal on sale" or something like that.

Stan's opinion related to fashion annoyed me when he gave me his opinion of it relating to Ben.

"Stan packed his iPad in his backpack before they left--his designer, tan leather backpack, not the scrappy thing Ben often used--and pulled it out to entertain himself (...)"

There's nothing wrong with a scruffy backpack, even though Stan thinks so. When Stan and Ben was discussing transitioning and hormone therapy, which Stan considered at one point in the past, he came off as standoffish and condescending. I didn't like that at all.

"We [Stan and his therapist] were talking about the side effects, and I couldn't do it."

"The putting-on-weight ones," Stan said. He grinned up at Ben ruefully (...) "She told me I'd start gaining weight on my hips and ass and chest and that just freaked me out. I got the prescription and everything, sat there with the box on my lap, wondering what the fuck was going to happen to me."

"Are breasts that scary?" Ben teased.

"Yes! Especially when they were going to be attached to me. It was the fat aspect of it. I'd spent years trying to control the shape of my body, and I'd been so successful at it. Those drugs were going to change me, and there wasn't anything I could do about it. All my wishing for a more feminine shape was right there in a white box and my fears stopped me from taking that step."

When Stan's anorexia flairs up again, it was very sudden. From one paragraph to the next he went from being perfectly fine (in Stan's way, anyway) to being in the hospital fighting for his life. I really wanted to know how he came to be there! What happened leading up to it?

All in all, I felt I was missing a lot. There was a lot of potential here. I really wished I could have gotten a stronger emotional connection with the characters. I actually ended up loving Ben's friend, Tone, the most. He felt really fleshed out, even though he was "only" a secondary character. I loved the advice he gave, and how important he got to be for both Ben and Stan, and the story all together.

I wish I could have enjoyed Ben and Stan's story more than I did. It had great potential, but I felt it didn't manage to live up to it's promise.